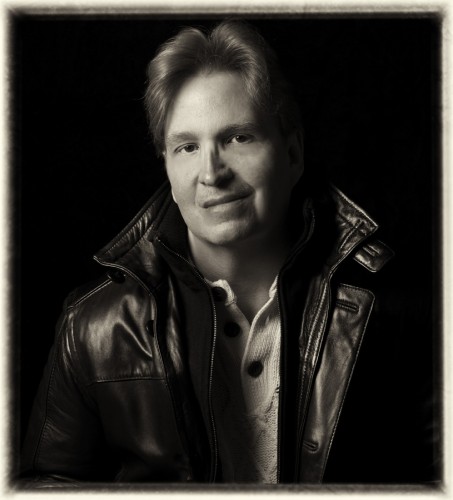 Ken Settle is a Detroit-area music photographer who began his career while barely in his teens, photographing rock legend Bob Seger in his early years, in the clubs and skating rinks around the Motor City. Through the years, Ken’s photos have been published worldwide in magazines such as Guitar Player, Premier Guitar; Rolling Stone, the original Creem Magazine, People, Playboy, Guitar World, Japan’s Player, France’s Guitarist, and England’s Kerrang!, as well as major newspapers like The Atlanta Journal-Constitution,  The Tampa Tribune; The Boston Globe, and Detroit’s News and Free Press.

Numerous album and book projects have featured Ken’s work, including Alligator Records 20th Anniversary CD, Grand Funk’s live album, Bosnia, Tom Wheeler’s books, The Stratocaster Chronicles and The Soul Of Tone, and Martin Scorsese’s companion book to the groundbreaking PBS documentary, The Blues. Ken’s work has appeared widely in television production as well. VH1 has used his photos extensively in such shows as Behind The Music, and Driven. Ken’s performance stills were used for Tom Petty’s television advertising for the Into The Great Wide Open album, as well as Bob Seger’s video for his classic “Turn The Page.” His photos even appeared in the early 90’s as set decoration for the television sitcom, Roseanne!

The Hard Rock Café has acquired 153 of Ken’s exhibition prints for its International collection and Hard Rock installations around the world, and several of his images were exhibited in People Magazine’s traveling exhibition, “Through The Years With People.” Twenty of Ken’s photos were chosen for inclusion in the Kodak Rock Photography Collection, touted as a collection of “500 of the greatest rock photos of the past 50 years.” A limited edition of 100 of one of Ken’s more renowned Stevie Ray Vaughan prints was purchased by the Fender Musical Instrument Company, who has included one print in each of their 100 Stevie Ray Vaughan Tribute Series Stratocaster guitar packages. A prestigious, handmade reproduction of the legendary guitarist’s favorite instrument.  In addition, Fender is displaying several large reproductions of Ken’s photos of artists such as Eric Clapton, Stevie Ray Vaughan, Yngwie Malmsteen and others in its newly opened Visitor’s Center/Museum in Corona, CA.